Home Entertainment Throwback To Malayalam Ads That’ll Make You Want To Go Back In... 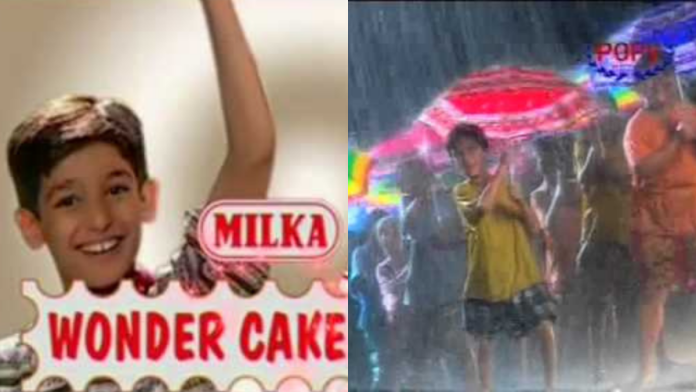 A few months ago, when the lockdown was declared, a lot of TV channels went into a re-telecasting spree and aired some of their cult classic shows from the golden ‘90s and early 2000s era, making all of us take trips down the nostalgia lane. I happened to view some of these and when it was time for the not-so-short commercial break, I had a weirdly wistful yearning for some of those pandathe Malayalam ads to return on TV. But no, that was just wishful thinking. *sigh*

If you grew up in the ’90s or early 2000s, you are sure to instantly come up with at least five ads when asked to think of one from that era. In fact, I’m sure you would even hum some of those jingles without making much of an effort to recall the lyrics. Whether they made you think, smile or chuckle, there was something about the ads back then that stood the test of time.

Having said that, here’s a round-up of some iconic Malayalam ads that are sure to make you want to go back in time. Of course, there are plenty of ads from that era which are still close to our hearts, but we stick to only nine for now:

The song “Penne Ninne Sundari Aakiyatharu” could easily be passed off for a movie song. The beat, the whole wedding vibe, the rendition and everything else about the song makes it such a memorable one. In the early 2000s, this used to be one of the most played Malayalam ads in theatres during intervals and we used to run into the theatres with packets of munchies to not miss this. This jingle was composed by someone who is a popular music composer today. Any guesses? Do leave your answers in the comments section!

You may not know the lyrics of “Chingamasam” but you will definitely know the lyrics of Mazha mazha kuda kuda. Yes, I can almost hear you saying, “Mazha vannal veetil poda”; oops I mean, Popy kuda. One of the major reasons we looked forward to the reopening of schools (actually, do we have another reason here?) was the prospect of puthiya books, puthiya bag and of course, puthiya Popy kuda (rings a bill somewhere…hmm.) Of course, there was the umbrella welcoming Kunjanja (Johns kuda) too but I guess Popy takes the cake here in this list. Tried to say “Popykuda” as fast as those two mottakuttans in the ad and ended up twisting my tongue.

One of the most hummable and melodious ad jingles of those times! I believe this one ran on TV for a pretty long time because this lingered on my lips right from my early childhood until teenage. This song also brings to my mind all those much-awaited wedding shopping days in the early 2000s spent walking in and out of trial rooms at Jayalakshmi looking for the perfect attire, as though I was the bride-to-be. You see, unlike today, brands had this fad of playing their own jingle over and over again until one of the cheeky kids who accompanied you go over to the counter and tell the sales guy, “Chetta, aa patt onnu mattamo?” However, this never happened in Jayalakshmi Silks because we were all huge fans of this jingle.

Whenever the power failed while watching our favorite TV shows, my mum and I would turn to dad and go “TV yum poyi fridgeum poyi, AC iyum poyi, ellaaaam poyi.” with a glum-looking face that can put Tomasz Liboska to shame. These dialogues were taken straight out of the V-guard stabilizer ad that most of us fondly remember. Though Malayalam ads without jingles rarely work, this is one ad that sticks out most in our memories.

Needless to say, this list has to have two jewellery ads, at least. Why? Because, we are referring to a gold obsessed era where a commercial break of 10 minutes meant airing 5 jewellery Malayalam ads.  More than on TV, I’ve seen this ad in video cassettes that our family used to rent every Friday evening for our weekend movie time. Now, I realise that the leading ladies in the ad were Mahima Chaudhary (my namesake, eee!) and Lakshmi Gopalaswamy. Back then I had only noticed the adorable, toothless pink frock clad girl who dangles a set of bangles and asks “Ith evidunna?” to the bride’s pals. Of course, I had little clue that growing up she’d be one of my friends!

There are those jingles that stay in your head for days and weeks. And then there are some that stay with you for months and maybe even years. This jingle from Asian paints belongs to the latter category. In fact, while playing Anthakshari, when in desperate need for a song that starts with “Pa” I’d resorted to singing “Pacha paayalin pala vidha shalyam”. When it fell flat, once I’d even tried pulling a fast one saying that’s how “Kuttanadan kaayalil” started in the movie Kazhcha. Looking back, I now notice something about their ads that I hadn’t noticed as a kid. They’ve somehow always linked their jingles to traditional events like vallamkali (remember kaalam maari, katha maari) and art forms like Kathaprasangam and Ottamthullal.

If you love spreading a lot of jam on your bread then join the club as we sing “Santhosham kond enik irikkan vayye”. This is one of those katta nostalgia tunes that make you feel like a kid again. Also, was it only me, or did any of you guys try attempting the pillar climbing antic like the leading kid in this ad? Also, isn’t this the same kid who kept counting stars in Kuch Kuch Hota Hai?!

Long before Deepika Padukone and Shriya Saran catapulted to stardom, they were seen in our very own Seematti ad. I like this ad not just for the jingle but also for the script. I can’t remember but I’m quite sure this ad might have popped out quite many eyeballs back then because it showed women clad in saree playing volleyball, shaking a leg with factory workers, and (yes, wait for it) fleeing from a pennukaanal scene straight onto a modelling ramp.

Say hello to this delicious tea cake called Milka Wonder cake which was a favourite tea-time snack for a lot of us back in the day. If you’ve grown up in the ’90s, you’re sure to have noticed this ad and the cute little boy who has a nirvana moment after taking the first bite of this cake. The way he moved across the frame rhythmically while singing, “Oh, oh, oh! Wonder cake” is something I still remember!

Tell us your favourite ads in the comments below!