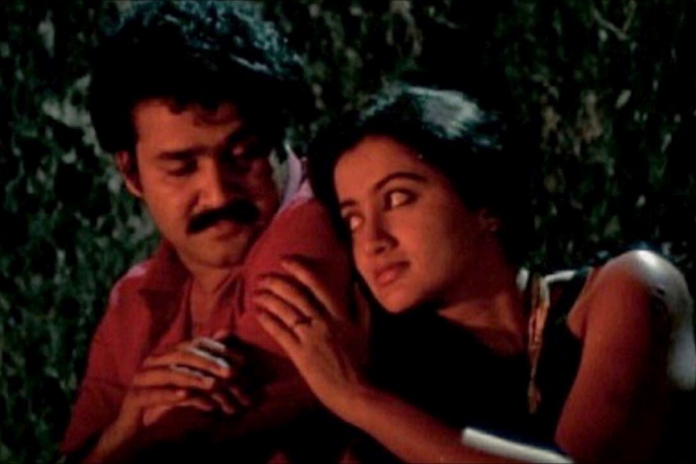 It’s a very rare instance when a movie flops at the box office and later goes on to acquire a cult status when it gets premiered on television, or released in DVD and on OTT platforms.  These movies might not have worked in theatres for numerous reasons – different audience expectations, lack of promotions or something as simple as the date of release.  Mollywood does have its fair share of movies that failed to make an impact during its release but later went on to conquer every heart. Here are a few:

Azhakiya Ravanan follows the journey of the rich Shankar Das (Mammooty) who comes back to his native village where he was the servant of a feudal lord. The movie tanked at the box office but won our hearts later on. From the ever nostalgic song – Vennila Chandana Kinnam to some of the funniest scenes ever shot in Malayalam movie history (such as Innocent’s “Thonnakal Panchayathile…” to Sreenivasan’s  “Palukachal-operation”), Azhakiya Ravanan had everything to become an all-time favourite. Sreenivasan’s portrayal of Ambujakshan became such a big hit that later a spin-off movie, Chirakodinja Kinnavukal, was created for this character.

However, why would this beautiful movie flop in the box-office? Was it because the audience expected a typical rag to riches story where the hero is the epitome of all goodness while in this movie we see a hero with equal measures of vices and virtues? Alternatively, was it because the audience was not ready to forgive the lead woman who slept with someone else apart from the hero? Mamooty has said in numerous interviews that no other failure has made him as sad as the failure of this movie. Years later when Rajanikanth’s Kuselan (remake of Katha Parayumbol) flopped in theatres, we were reminded of this movie.

Jayasurya’s Aadu bombed in the box office and was severely criticized by many. The general talk in the town was that the movie did not meet the expectations set by the promo and poster. However, when the DVDs were released, Aadu went on to become a cult movie. Shaji Pappan, Satan Xavier, and Sharbath Shameer went on to become iconic characters. These characters continue to rule the meme world on social media. Even Shaji Pappan’s attire – black shirt and red lungi – became a rage. This popularity led its creators to make a sequel to the same and Aadu 2 became a super hit.

This Tovino Thomas starrer, though slow-paced, had a brilliant storyline, beautiful songs, and amazing locations. Yet, this movie failed to make a mark at the box-office. The reasons attributed to this failure were factors like Tovino not being a well-known actor back then, the release of the movie along with many other star-studded movies, the slow pace of storytelling, etc. Nevertheless, when the DVDs were released, Guppy became a hit, especially amongst the youth.  This heart-warming tale is perfect to lift your spirits on gloomy days!

Chandrolsavam would definitely top every Malayalee’s favourite Malayalam movie list. Through Sreehari’s (Mohanlal) love for his roots, we all relived our past.  This movie, which flows like a beautiful poem, surprisingly flopped at the box-office. The reason, as in the case of Azhakiya Ravanan, was attributed to misplaced expectations of fans. Actor Meena, the lead lady character of the movie, was later found saying that she never expected a movie like Udayanan Tharam to be a mega-hit and a movie like Chandrolsavam to be a flop. Such is the unpredictability of the box-office!

It might come as a surprise to many that Thoovanathumbikal features on this list. Unsurprisingly, Thoovanathumbikal was a movie that was much ahead of its time. Though it enjoys a cult status now, back in the day,  the movie seemed a little bizarre to the audience. Today, every shower of the monsoon reminds us of Clara and Jayakrishnan. Thoovanathumbikal is still a brainteaser for many – In spite of the prospect of a better future, why did Clara leave Jayakrishnan? Why did Radha fall in love with Jayakrishnan?  When Jayakrishnan saw Radha smiling towards the climax of the movie, he seemed to forget everything else in the world, why so?

That was our list. Do you know of other movies that tanked at the box-office but went on to have a big fan following? Let us know in the comments section.

Movies In Which Mohanlal And Mammootty Came Together

The Connection Between Rorschach Inkblot Test And Churuli

If You Liked Churuli, You’ll Love These Films